The earliest people at Sale were the Aboriginal Kurnai, who according to tradition, knew the place as Way Put. The first European settler in Sale was Archibald McIntosh, a Scot, who in 1844, established his blacksmith’s shop on a water course which he called Flooding Creek, and beside a dray track which led south to Port Albert. Already, the district around Sale had been occupied by squatters who quickly followed the footsteps of explorers Angus McMillan (1839-1841) and Paul Strzelecki (1840).

With the first township land sales of 1850, the settlement was officially called Sale, after General Robert Henry Sale, a British war hero in the first Afghan War. The name Flooding Creek was retained for the ancient waterway that skirted around the town.

Goldmining provided the first big boost to Sale. The discovery of rich reefs in the foothills country in the 1860s catapulted Sale from a small village to a bustling supply town for goldfields such as Stringer’s Creek (Walhalla). The fortress-like Sale Powder Magazine, still standing today on the southern outskirts of Sale, is a reminder of a time in the 1860s when Sale stored the gunpowder used by reef gold miners.

Through gold, Sale emerged as the main town in Gippsland providing regional services. Thus were built the courthouses and red brick gaol, the Gippsland Hospital, and secondary schools such as the elegant Sion Convent in York Street. The Catholic and Anglican Churches set up dioceses, headquartred in Sale, their gothic-style cathedrals being impressive landmarks. Botanical gardens were laid out, while the swampy Eastern Lagoon was converted into a permanent lake, known as Lake Guthridge.

Sale’s dominant position in Gippsland was further strengthened through it becoming the transport hub for road, rail and shipping. It was on the junction of the Melbourne Road (the Princes Highway) and the Port Albert Road (now the South Gippsland Highway). In the 1870s it became the terminus of the Melbourne to Gippsland railway.

Through major engineering works, notably the construction of the Swing Bridge (1880-1883), the Sale Canal (1886-1890), and the Swinging Basin (1890), Sale became a busy inland port both for steamers trading in the Gippsland Lakes and for coastal vessels. Recently the Port of Sale has been refurbished, the Swing Bridge restored and walking tracks built alongside the Sale Canal. The Swing Bridge, five kilometres south of Sale, is Australia’s oldest, intact, moveable bridge of its type. This bridge is swung open several times a week for shipping and for visitors generally.

Close to Sale are extensive wetlands which are internationally important for migratory birds. Two of those wetlands, Lake Guyatt, completed 1994, and the Sale Common State Game Refuge, proclaimed in 1964, are accessible via walking trails and extensive board walks.

Internationally acclaimed wildlife artist, Annemieke Mein, who is based in Sale, has brilliantly captured in textile the rare beauty of Gippsland’s flora and fauna, including that which inhabits the wetlands. Her work as well as other important collections, may be viewed at the Gippsland Art Gallery, Sale.

Sale enjoys a rich legacy in local government history. The settlement became a Borough in 1863, a Town in 1924 and the first city in Gippsland in 1950. In 1994, it was amalgamated into the present Shire of Wellington. Much of that municipal story has been preserved in the Sale Museum, which occupies the early Borough Council Chambers.

Apart from agriculture which has buttressed Sale’s economy throughout its history, Sale’s economy has been strengthened by the RAAF Base at east Sale and by the nearby Bass Strait oil and natural gas industry. RAAF East Sale was established in wartime 1943, and has remained a major training facility. Its defence role and that of the military in Gippsland generally, is displayed at the Gippsland Armed Forces Museum, Sale. The 1965 discovery of a commercial gas field at Barracouta ushered in the accelerated growth of Sale. The city became the administrative and residential centre for offshore oil and gas production by joint venturers Esso and BHP. Town planning strongly guided this growth, including the provision of sporting facilities of an exceptional range and quality. Sale in 2006 has an urban population of around 12,500 people. Another 30,000 or so live in the catchment of its regional facilities such as its ultra modern shopping centre. 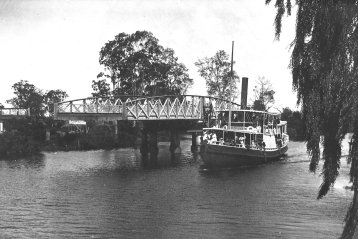 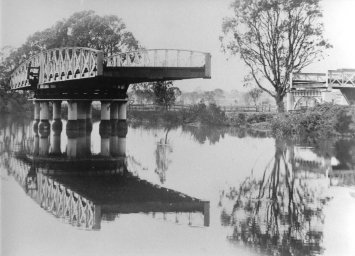 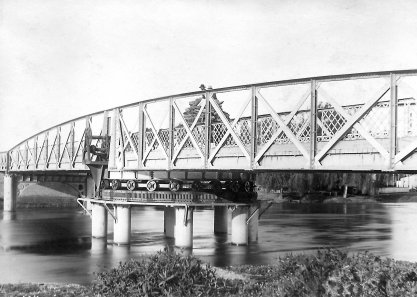 WHAT OUR CLIENT SAYS

Lovely place, most affordable with the price.

I liked the doors opening out onto a lovely pool and garden area would be great to stay in the summer :) I also liked that it wasn't in town.